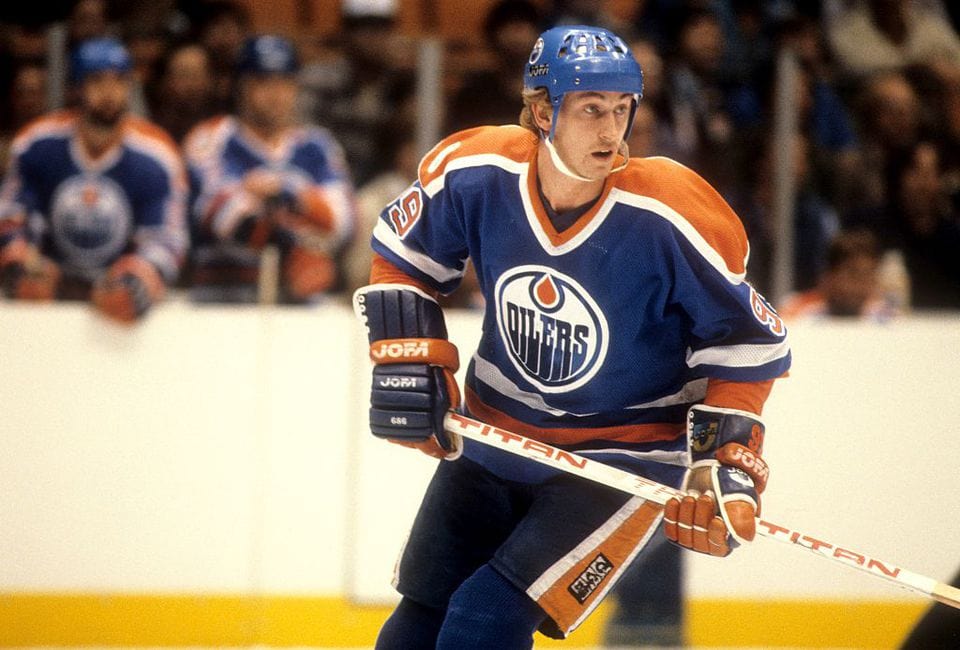 A pair of historic Stanley Cup champions were crowned on this date. May 19 has also seen some great individual efforts by Hall of Fame defensemen and goaltenders. Let’s begin our trip back in time and experience all the best this date has had to offer through the decades.

On May 19, 1974, the Philadelphia Flyers beat the Boston Bruins 1-0 in Game 6 of the Stanley Cup Final to become the first expansion team to win a championship. Rick MacLeish deflected a shot from the point for the game’s only goal late in the first period.

Bernie Parent picked up his second career playoff shutout by making 30 saves. He also won the Conn Smythe Trophy for being the most valuable player of the playoffs. The Hall of Fame goaltender went 12-5 with a 2.02 goals-against average during the 1974 Stanley Cup playoffs.

A decade later, the Edmonton Oilers ended one dynasty and started another. On May 19, 1984, they beat the New York Islanders 5-2 in Game 5 of the Stanley Cup Final. The win gave them their first championship and ended the Islanders’ four-year reign as league champions. The Oilers are the first team from the defunct World Hockey Association to win the Stanley Cup, and they went on to win four of the next five championships.

Wayne Gretzky, who was held without a goal in the 1984 Stanley Cup Final versus the Islanders, scored two first-period goals in the series-clinching win. The Islanders’ 19 straight playoff series wins are still the NHL record.

On May 19, 1979, defenseman Serge Savard was the hero for the Montreal Canadiens. He scored the winning goal at 7:25 of overtime in a 4-3 win over the New York Rangers in Game 4 of the Stanley Cup Final.

Another Canadiens defenseman made big news ten years later. On May 19, 1989, Larry Robinson became the first player in NHL history to play in 200 Stanley Cup playoff games, as Montreal beat the Calgary Flames 4-3 in overtime in Game 3 of the Stanley Cup Final.

Paul Coffey, a member of the 1984 Oilers, made history on May 19, 1996. He became the highest goal-scoring defenseman in Stanley Cup playoff history by scoring a pair of goals. Unfortunately, it came in a losing effort as the Detroit Red Wings lost 3-2, in overtime, to the Colorado Avalanche in Game 1 of the Western Conference Final. His power-play and shorthanded goal moved him ahead of Denis Potvin on the all-time list for defensemen.

May 19, 1995, saw a pair of big-time goaltending performances. Wade Flaherty made 56 saves to help the San Jose Sharks earn a 5-4 overtime win over the Flames in Game 7 of the Western Conference Quarterfinals. Ray Whitney scored less than two minutes into the second overtime to get the Sharks onto the next round.

The Vancouver Canucks also advanced out of the Western Conference Quarterfinals on that night. Kirk McLean made 41 saves to lead them to a 5-3 win at the St. Louis Blues in Game 7 of their opening-round series.

Patrick Roy tied an NHL record on May 19, 2000, with his 15th career playoff shutout as the Avalanche won 2-0 over the visiting Dallas Stars in Game 3 of the Western Conference Final. Rookie defenseman Martin Skoula assisted on both of Colorado’s goals.

A year later, on May 19, 2001, Martin Brodeur recorded his second consecutive playoff shutout in the New Jersey Devils’ 5-0 win against the Pittsburgh Penguins in Game 4 of the Eastern Conference Final. This was Brodeur’s fourth shutout of the 2001 postseason and the 12th of his career.

On May 19, 2016, Martin Jones led the Sharks to a 3-0 win over the Blues in Game 3 of the Western Conference Final. Jones stopped all 22 shots he faced to earn his second consecutive shutout over St. Louis.

Stephane Matteau continued the Rangers’ magical playoff run on May 19, 1994. He scored six minutes into double overtime to give the Rangers a 3-2 win over the Devils in Game 3 of the Eastern Conference Final. This would not be the last double-overtime goal scored by Matteau in this memorable series.

On May 19, 2004, the Flames advanced to their first Stanley Cup Final in 15 years with a 3-1 win over the visiting Sharks in Game 6 of the Western Conference Final. Jarome Iginla scored his 10th goal of the playoffs, and Martin Gelinas picked up the game-winner.

The Red Wings advanced to the Stanley Cup Final on May 19, 2008, by beating the Dallas Stars 4-1 in Game 6 of the Western Conference Final. Kris Draper, Pavel Datsyuk, Dallas Drake, and Henrik Zetterberg all score for the Red Wings as goaltender Chris Osgood made 28 saves. Datsyuk’s last 11 goals, nine in 2008 and two in 2007, were all scored on the road.

Rookie Chris Kreider did all the scoring in Game 3 of the Eastern Conference Final on May 19, 2012. He found the back of the net three times during the third period of the Rangers’ 3-0 victory against the Devils. This outburst gave him five goals in the postseason, which tied the record for the most playoff goals scored by a player who had not played in a regular-season game yet.

The Chicago Blackhawks played the longest game in their long franchise history on May 19, 2015. Marcus Kruger scored at the 16:12 mark of the third overtime to give them a 3-2 win over the Anaheim Ducks in Game 2 of the Western Conference Final.

On that same night, Alex Nedeljkovic secured his first postseason shutout in a 3-0 blanking of the Nashville Predators in Game 1 of their first-round series. He became the second rookie goaltender in Hurricanes history to have one, joining Cam Ward who did it twice in 2006, in Game 1 of the Eastern Conference Semifinals against the New Jersey Devils and Game 2 of the Stanley Cup Final against the Edmonton Oilers.

Finally, to close out the festivities in 2021, Nathan MacKinnon scored a hat trick in the Avalanche’s 6-3 victory over the Blues in Game 2 to become the first Avalanche player to do so since Valeri Kamensky in Game 5 of the Western Conference Quarterfinals against the Chicago Blackhawks. Joonas Donskoi’s goal in that game was also the fastest from the start of a playoff game in franchise history.

Happy Birthday to You

*Originally constructed by Greg Boysen and updated by Matthew Zator

Matthew Zator is a THW freelance writer, media editor, and scout who lives and breathes Vancouver Canucks hockey, the NHL Draft, and prospects in general. He loves talking about young players and their potential. Matthew is a must-read for Canucks fans and fans of the NHL Draft and its prospects. For interview requests or content information, you can follow Matthew through his social media accounts which are listed under his photo at the conclusion of articles like this one about Tyler Motte.