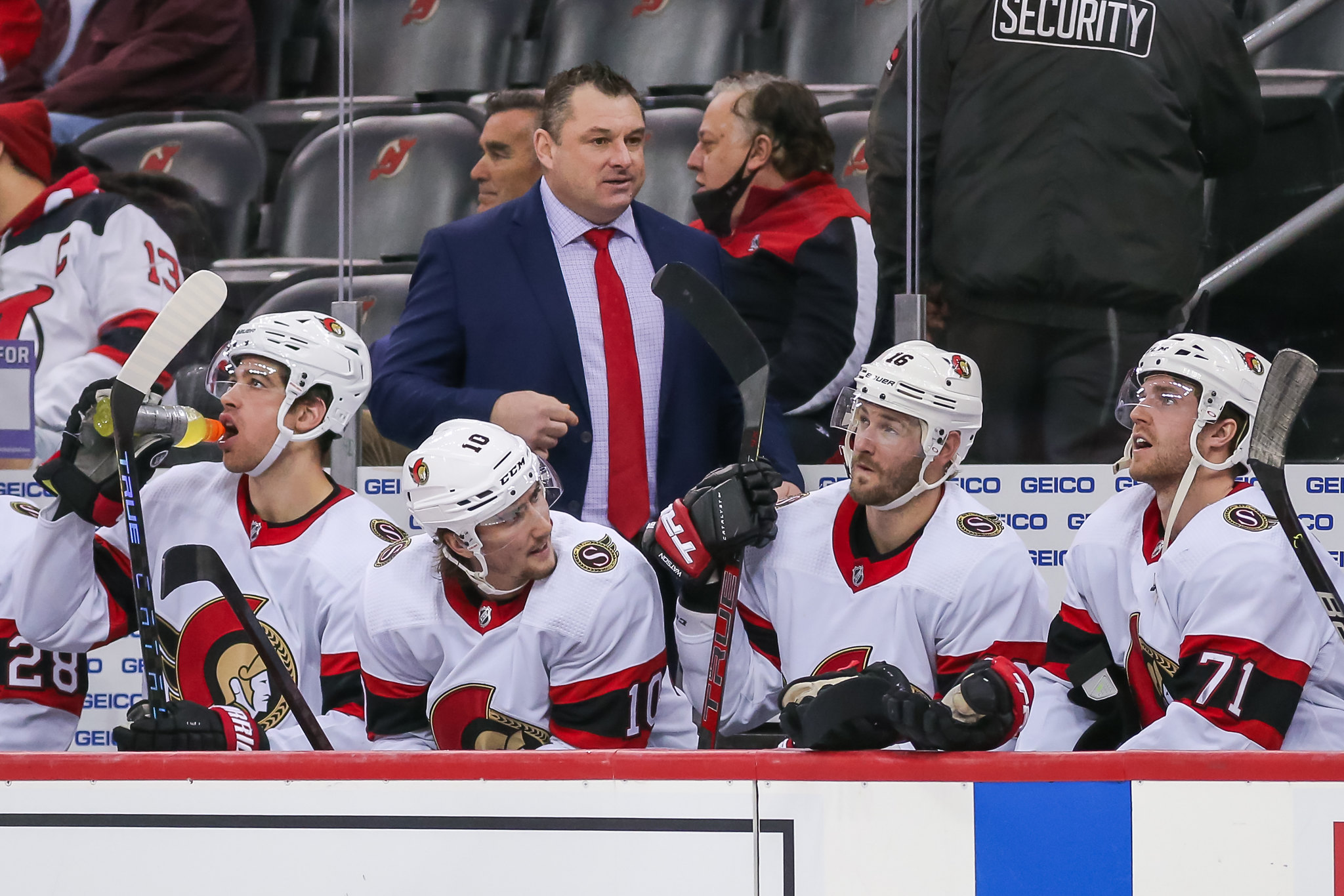 With six Ottawa Senators playing at the World Championship, there’s still a chance for fans to catch some key players as the tournament takes place in Europe. With players on the national teams for the USA, Canada, and Germany, here’s how the first few days looked.

Austin Watson and Adam Gaudette are the two Sens playing for the red, white and blue. While Brady Tkachuk would certainly have been a lock for the team, he opted to spend the summer recovering from injury and preparing for next season. Watson’s first game in the tournament against Latvia was a quiet one. Initially projecting out to be a top-six forward for the team, Watson played third-line minutes with just 12:30 on the ice. In the next game against a much stronger Team Austria, his ice time remained similar but resulted in him being on the ice for a goal against.

Gaudette found himself playing a bigger role with Team USA than with his current NHL club. Logging 16:22 of ice time, he was on the ice nearly 25% more than his season average. In the first period, his strong play managed to get him a spot on the power-play unit. Gaudette ended the game without registering a point but provided strong play on the puck to help keep the cycle rolling in the offensive zone.

In their second game, Gaudette played hero by scoring a late third period goal on the power play. This goal tied the game up at two apiece, setting the stage for a quick overtime. His play improved markedly from the first game, overcoming a bad first period tripping penalty to bring his team even in the final frame. Gaudette was able to utilize his speed to collect a pass at the blue line before taking a calculated wrister off the rush and into the back of the net.

Tim Stützle is not in an enviable spot. He is just one of three players on the German team with NHL experience. The team will rely on his improved play at center to bolster their offensive chances. Further to that, the players who will bear the biggest responsibility in slowing him down are his Senator teammates. Stützle’s deployment was matched as much as possible with fellow NHL’er Mortiz Seider. Trying to make key passes to each other to drive play and carry the focus to allow teammates to get open. Unfortunately, this was mostly for not as the Canadian team continued to key in on Stützle and work to take away his time and space. With pressure focused on him, he was able to find sneaky passes to wide-open teammates and collected two assists in the game.

The second game for Germany was against a more evenly matched Slovakia. Stützle came away without a point but had some key defensive puck retrievals. In the offensive zone, he worked continually to set up his teammates who couldn’t quite find the back of the net. With the defense focusing so hard on him, it opened up lanes for his teammates to push the team to a win over Slovakia.

Newly minted “Captain Canada” Thomas Chabot leads the charge for the Senators players on the Canadian roster. Drake Batherson was able to log a good amount of ice-time and generated himself an assist. Nick Holden had a relatively quiet first game, playing the second-fewest minutes for a defenseman at just 11:37 on the ice, but was handed more time for the second game.

Chabot got quite the breather compared to his regular-season play. Logging 40:33 on the ice across two games, he’s averaging around five minutes fewer than his NHL average this previous season. Chabot saw limited power-play opportunities but was able to get a good chance in the first game, collecting an assist. In their game against Italy, Chabot played fewer minutes but was key in disrupting Italy’s few offensive chances. Picking up another assist, Chabot continues to set up scoring chances.

Clicking in on the third line initially, Batherson was able to make an impact in the first game early on. Just over seven minutes into the first he picked a pass in the slot for a dangerous one-timer that unfortunately caught the goalie’s pads and was redirected away to safety. Batherson remained committed and continued to buzz around the ice. His play earned him some power-play time midway through the second period where he was able to connect with Pierre-Luc Dubois with a cross ice pass through the slot, setting Dubois up for a quick wrister.

Batherson’s second game against Italy didn’t carry quite the same offensive punch. In roughly the same amount of ice time, he had a very quiet game without registering a shot on goal. His attempts to set up his teammates went unrewarded and he ended the game with zeros across the stat sheet.

Fellow Senators defenceman Nick Holden had a quiet, uneventful first night. With low time on ice, most of Holden’s play was low event. He came away with an even-0 plus/minus rating and without registering a shot. In the second game, the defensive core saw their ice time equalized as they played a weaker offensive team. Holden’s time picked up from the first game, and he was able to disrupt some offensive chances. He was on the ice for two goals for, but recorded no points.

All these players continue to provide for their team in one way or another. While the international tournament doesn’t carry the same prestige as the Stanley Cup Playoffs, it’s hugely important for these players to continue strengthening their game ahead of a critical season in 2022-23.

Devin resides in Ontario, covering the Ottawa Senators for The Hockey Writers. He’s interested in where the eye test intersects with advanced stats and is on a quest to make a formula to determine who really is the best overall defenseman.