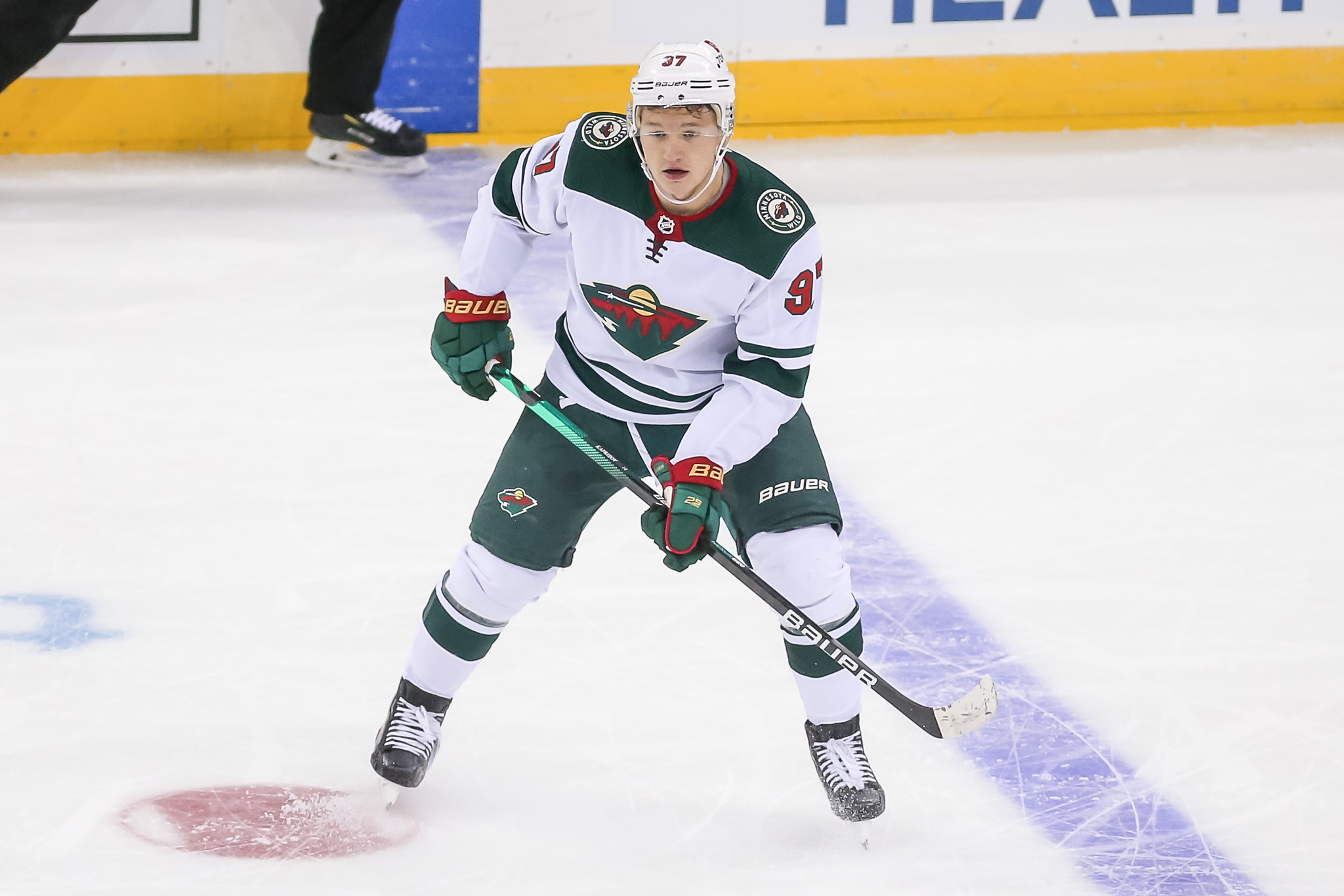 In the latest edition of NHL Stats News, the Minnesota Wild team and players set many franchise records, the Edmonton Oilers continue to play very well at home, and absolute dominance from the Florida Panthers. Then we take a look at the young guns stepping up for the Ottawa Senators, the Calgary Flames’ top line, multiple franchise records reached by Quinn Hughes, and much more.

Kirill Kaprizov is the first player in Wild franchise history to record 100 points in a season. He required the third-fewest games by a primary left winger to record 150 career points (132 GP), trailing Cy Denneny (95 GP) and Alex Ovechkin (114 GP).

Matt Boldy has recorded the longest point streak by a rookie in franchise history (eight games), passing Marian Gaborik (seven games in 2000-01). Boldy has also recorded the second-most points in a season by a Wild rookie (37), trailing only Kaprizov (51 in 2020-21). Kevin Fiala set franchise records by recording five assists in a game and by recording four assists in a period.

Evander Kane is one of seven players to have scored 20-plus goals in each of the past seven seasons. He recorded his fourth career hat trick. He is the 61st player in Oilers franchise history to record a hat trick. Mike Smith has recorded the fourth-longest win streak in franchise history (eight games), trailing Grant Fuhr (10 in 1985-86), Andy Moog (nine in 1982-83), and Tommy Salo (nine in 2000-01).

The Oilers have made the playoffs in three consecutive seasons, their longest stretch since five straight ending in 2000-01. They have recorded their third-longest home point streak in franchise history (13 GP), trailing a 14-game run in 1989-90 and 2003-04.

The Panthers set a franchise record with their 13th consecutive win. It is the seventh-longest win streak in NHL history and the longest since the Columbus Blue Jackets won 16 in 2016-17. They are also the 10th team to record a 13-game win streak. They are the fourth team in NHL history to have recorded win streaks of at least 12 and eight games in the same season and the first team to do so since the Boston Bruins in 1970-71.

Interim head coach Andrew Brunette won his 50th game in just 71 games. The Panthers have the seventh-most wins in a season in NHL history (57). They have the second-most multi-goal comeback wins this season (eight), trailing only the Wild (nine).

Mark Kastelic of the Senators scored his first career goal. He is the 280th player to score a goal for the Senators in franchise history and the second player from the 2019 Draft, joining Shane Pinto. Alex Formenton has scored the fourth-most shorthanded goals in a season in franchise history (five), trailing Daniel Alfredsson (seven in 2007-08), Jean-Gabriel Pageau (seven in 2015-16), and Anton Vermette (six in 2005-06).

Brady Tkachuk has recorded a point against all 31 other NHL teams. The Senators scored the second-fastest three goals in franchise history (1:07), behind only 0:52 on Oct. 13, 2007.

Flames’ Top Line Does It Again

It is the first time the Flames had two 40-goal scorers in a season (Matthew Tkachuk and Elias Lindholm) since 1993-94 (Gary Roberts, Theo Fleury, Robert Reichel). Tkachuk and Lindholm are the sixth set of teammates in Flames history to score 40 goals in a season.

Lindholm has recorded the second-highest plus/minus by a player who has also scored 40 goals that same season since 1986-87 (plus-58), trailing only Wayne Gretzky (plus-69 in 1986-87). This entire top line has been stellar this season and continues to add to their totals.

Hughes set a franchise record by recording his 55th assist of the season. It is the most assists among defencemen in a season in Canucks history. He also tied Doug Lidster (63) for the most points in a season by a defenceman in franchise history.

Player & Team Stats & Milestones From Around the NHL

Crosby and Josi both joined very elite company by scoring 30 goals once again and by reaching 90 points on the season respectively. With NHL scoring on the rise this season, that also means there are more 100-point scorers and goals against. Stay up to date with the latest stats and milestones from your favourite teams and players on NHL Stats News coming to you every couple of days.

Rob Couch is a THW freelance writer covering mainly the Edmonton Oilers and Philadelphia Flyers. He covers everything you need to know about fantasy hockey. He will also keep you up to date with NHL Stats News, trade talks, and daily betting guides.

You can find more of his work here.