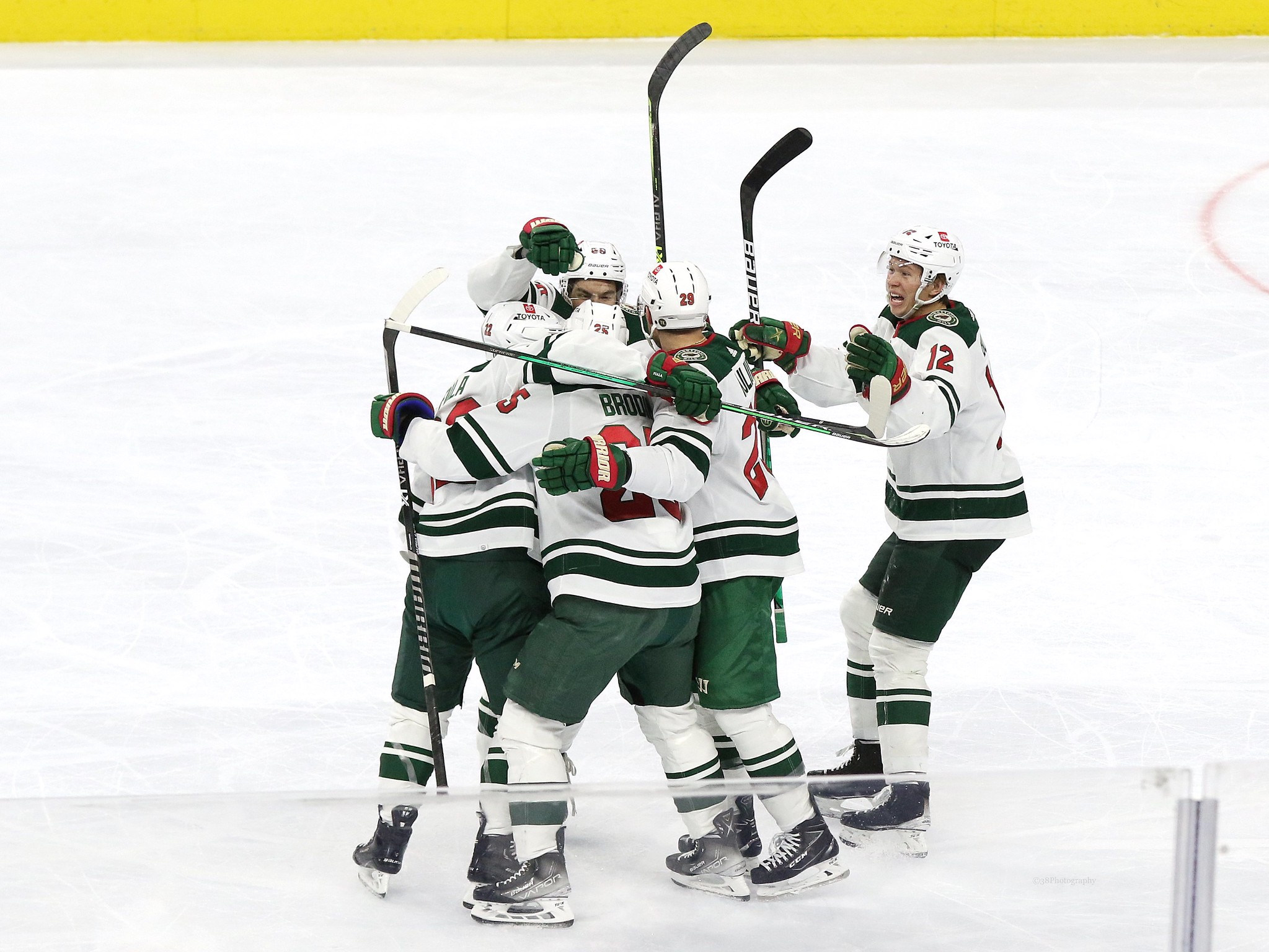 The Minnesota Wild had a week full of games that involved some of the league’s toughest teams. They came out on top against the Colorado Avalanche in the last Check-In and this week they faced the Philadelphia Flyers, Pittsburgh Penguins, Carolina Hurricanes, and lastly the Washington Capitals. They emerged victorious in three out of the four games with the only loss being in overtime to the Penguins.

They kept superstars like Sidney Crosby, Alexander Ovechkin, and Sebastian Aho off the scoresheet, limiting them to just a single assist for each player. They did lose a couple of players to injury along the way but thankfully they were able to withstand those blows and come out on top. Even the goaltending was top notch in the last week between Cam Talbot and Marc-André Fleury sharing the net.

Each goalie earned two starts in the last week as Fleury had two wins while Talbot had a win and an overtime loss. They both had outstanding performances and saved the game at times, which included their loss to the Penguins. Had it not been for Talbot’s play, they wouldn’t have made it to the extra session at all. Fleury was a huge part of their win over the Hurricanes as well, as he stopped 37 of 38 shots.

The Wild had a number of players who had a great week. Joel Eriksson Ek, Kirill Kaprizov, and Jared Spurgeon were at or near the top of the scoring list. The two players who had a resurgence of sorts were Jordan Greenway and Matt Boldy. Greenway silently plugged along all week with a goal and three assists for four points in four games. He also had a good record in regards to penalty minutes as he amassed zero through the entire week compared to 10 minutes in the week prior.

Boldy had been doing quite well until halfway through the month of March. He hit a six-game pointless streak and struggled to register more than one shot per game. This last week changed that as he rejoined the stats sheet. He had three assists for three points in two games, with two of those assists coming in their loss to the Penguins. He now has 27 points in 35 games played. However, he was injured prior to leaving on their road trip and hasn’t played since.

Neither Ryan Hartman nor Kirill Kaprizov struggled in the points department. Kaprizov’s four points during the week helped him set a new franchise record for most points in a single season with 84. Hartman had an assist in each of the last three games for three points, but he was unable to contribute in their game against the Flyers. He now has a total of 53 points out of 68 games played.

The area where Hartman and Kaprizov struggled in the last week was giveaways. They each had four, Kaprizov had two in their game against the Flyers and one each against the Hurricanes and Capitals. Hartman had two giveaways each in their games against the Penguins and Hurricanes. Thankfully for the Wild, they won three out of the four games and had at least a point in each game to keep their place in the standings. However, they can’t keep turning the puck over like they did. They’ll need to fix that issue before it starts to cause more problems.

In the Wild’s next week they’ll play three games, two on the road and one at home. They’ll take on the Nashville Predators, St. Louis Blues, and finally the Los Angeles Kings. The Wild have played the Predators twice this season and lost both times, the most recent was last month on the night they celebrated Mikko Koivu’s jersey retirement.

The only meeting this season between the Blues and Wild was on New Years’ Day for the Winter Classic. Everyone knows how that game went, a rough loss for the Wild to take. They’ve also seen the Kings twice this season, that ended a little better for the Wild, they came out with both a win and loss. All three of these teams are currently in playoff position, the Blues are three points behind the Wild in the standings and they’ll be pushing to catch them.

The Wild’s goal scorers will have to find ways past either Juuse Saros or David Rittich of the Predators, Ville Husso or Jordan Binnington of the Blues, and Jonathan Quick or Cal Peterson of the Kings. While the forwards deal with the goaltenders, the Wild’s defense will have their hands full as well. They’ll have to watch out for Roman Josi, Matt Duchene, Jordan Kyrou, Vladimir Tarasenko, Anze Kopitar, and Adrian Kempe, as they are the top scorers for their respective teams.

It’s unknown if Boldy or Jon Merrill will be able to play due to upper-body injuries they sustained prior to the road trip. Boldy is with the team but has yet to play while Merrill has stayed behind in Minnesota. Hopefully, neither injury is serious and they can rejoin the team soon to help them continue their winning ways.

Mariah Holland is a contributing Minnesota Wild writer for THW as well as a cohost on the THW Youtube show Chicks & Sticks which produces a new show every Friday. She’s been covering the Wild at THW for just over eight months and has been on Chicks & Sticks since it started in early May. She is always looking for different angles to cover the Wild and dig deeper into the stories surrounding the team.