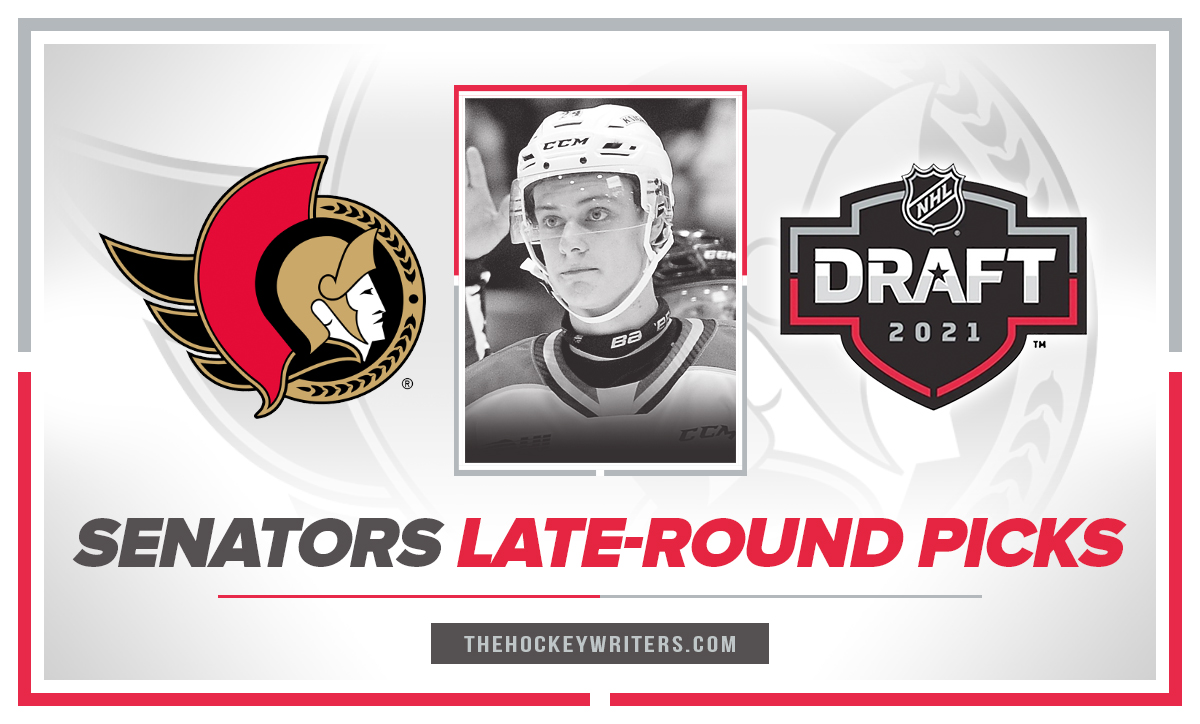 The second day of the 2021 NHL Entry Draft gave the Ottawa Senators a chance to add to their already deep pool of prospects. After going far off the board to snatch Tyler Boucher with the 10th overall selection, the Sens stuck to the plan of drafting players with a big frame.

Related: Senators Go Way Off the Board with Tyler Boucher Draft Pick

Before we get into this, I want to put out there that I am a big fan of picking the best player available. It’s the best method of finding valuable players for your franchise, whether it be when they hit the ice for your team or via trade. The Senators clearly disagree with me on that front, and while I don’t think it’s the best strategy, that doesn’t mean it can’t work.

After playing just 22 games in the WHL’s bubble last season, Zack Ostapchuk was ranked in or around the 100s, but the Senators said to hell with the big boards and took who they thought was be their best option. What made him so appealing to the Sens? Well, after the Boucher pick in the first round, you might guess that it had something to do with his size.

The Vancouver Giants centre is 6-foot-3 and roughly 200 pounds, and while his main strength is his size and physicality, you can’t deny that his skating and hands are also a massive plus for the Senators. Ostapchuk might be described as a player who is talented on the offensive end, but he doesn’t score in bunches and is expected to be more of a role player for the Senators down the road. He’s the type of player who can produce offence if the big guns go cold for a night or add some much-needed secondary scoring in a deep playoff run.

Some fans won’t be thrilled about taking a prospect ranked in the 100s with the 39th pick, especially when Ottawa had two more picks coming up at 49th and 74th. Ostapchuk would likely have been available then, but the Sens saw a player they liked and took him, and he suited their clear plan to take players with size. We might not like the plan, but it’s better than having no plan, something teams at the bottom of the barrel continue to struggle with. If Ostapchuk can continue his development and his physicality transfers to the next level, the Senators will be laughing their way to the bank with a player who can make a big difference come playoff time.

One of two defencemen drafted by the Senators was Ben Roger of the London Knights. Like Ostapchuk, Roger was taken much higher than he was projected to go, leaving fans to wonder what the Senators saw in him that others hadn’t.

One thing to keep in mind, however, is that some of the players in this year’s draft never saw the ice or saw very limited playing time due to the pandemic. That was the case for Roger, who didn’t hit the ice after the OHL season was cancellation.

But trying to sell fans on using three consecutive picks that are in the top 50 on players they likely could have had with their third or even fourth-round pick can be rather difficult. Brock Otten, a respected OHL prospect guru and contributor to McKeen’s Hockey, would disagree that Roger was taken too high, and he likes the Senators’ pick. For what it’s worth, I believe most things that Otten says.

At 6-foot-4 and 201 pounds, Roger will likely find himself on an NHL team someday as a shut-down type of player, but they can be extremely useful in the playoffs. The proof is in the pudding on that one, just look at the rival Montreal Canadiens. Their offence was mediocre at best, but their defence carried them to the Stanley Cup Final and they came within three games of bringing the Stanley Cup to Canada. With that blueprint in mind, the Senators already have a much better offence, now they just need to build up that back end to take a run, and Roger could become a big chip when his time comes.

In the third round, the Senators once again picked a player that was way down the list on most draft boards, taking Oliver Johansson. Johansson was projected to go 152nd by McKeen’s ranking and 285th by FC Hockey, but management thought he would be good enough to take him 74th. Again, he is a forward with size as the Sens continued to stick with their plan of finding big players who could complement their crop of young talent.

Johansson has talent and, combined with his size, Ottawa is right to think that he could play a role going forward, but, at the end of the day, he will be a project. Despite playing in Europe in 2020-21, he didn’t play that many games, playing 15 across three leagues. He spent most of his time playing U18 but was successful in 5 HockeyAllsvenskan games, scoring three goals.

It’s hard to be overly critical of the pick considering we don’t know all that much about him or what he might become in the future, but the Senators passed on a goaltender who could be a star in Benjamin Gaudreau. The Sarnia Sting veteran had a .919 save percentage at the World Junior Championship earlier this year and looked really good in his rookie OHL season. If I had anything to do with this draft choice, he would have been the one I was fighting for.

The Senators liked Carson Latimer so much that they traded a couple of picks to the Carolina Hurricanes to move up and select him. This one leaves a bit of a funny taste in my mouth, however. Not because I don’t like the Latimer pick, but because I so badly wanted them to take Jack Matier, the Ottawa 67’s defenceman who was taken by the Nashville Predators with the very next pick. Matier was one of my favourite defencemen in this draft class.

It’s another off-the-board pick for Ottawa, but at this point, it would be more surprising to see them take someone according to their ranking than select a player who was off the board. Latimer, as you probably guessed, is another big forward who likes to get to the front of the net and go to the dirty areas of the ice.

Before the start of the WHL season, Latimer spent some time in the PIJHL with the Port Moody Panthers, where he scored one goal and 11 assists in eight games before heading back to the Edmonton Oil Kings for their season (from ‘Carson Latimer is the Port Moody Panthers’ first-ever alum picked at an NHL Draft,’ Tri-City News, Jul 24, 2021). In 22 WHL games, he scored five goals and 16 points. That’s not a low total, especially considering he only played six games in 2019-20. The foundation seems to be there, and the Senators may have a really good player in their pipeline with Latimer.

Although I was really hoping for Matier in this spot, I can’t really complain about this pick. Latimer has a fair amount of upside and if the Senators can take their time developing him, he should turn out to be a good player.

When you hear ‘project’, there’s no better example than Chandler Romeo. You might be wondering what the GOJHL is and when you discover it’s Jr. ‘A’ hockey, don’t be alarmed; Romeo is not a bad player. He was drafted in the third round (49th overall) in the 2019 OHL Priority Selection by the Hamilton Bulldogs but has yet to play a game for them.

As you can imagine, Romeo has a massive frame at 6-foot-5 and 205 pounds. If you’re a fan of big-bodied defencemen, you might be excited about this pick. He is the kind of player that the Senators are going to have to be very patient with if they think they can get anything out of him. He has almost no experience playing at a high level, and next season with the Bulldogs will be the first time we have an understanding of who he is as a player. Right now, he looks like another big body to add to the Senators’ defence to play a shutdown role, but right now, he seems like a long shot to make the NHL.

The question everyone wants to be answered is if the Senators had a good draft or not, but that question can’t be answered for another five years or so. If you insist on knowing right now, I find myself offering a lower grade given the number of times they went off the board. However, with proper player development strategies, the 2021 Draft could end up being a big win for the organization.

Currently a journalism student at Algonquin College in Ottawa, I have always had a passion for the OHL and the Ottawa 67’s in particular. I have been attending games since I was young, and being involved with sports has always been a dream of mine. Sports writing fits perfectly into that. You can also find me talking hockey on my podcast, Hockey Prospect Report, or you can find me talking Canadian Football on my other podcast and website the 13th Man Podcast!